Rothadam- I Was Born To Be A Rebel 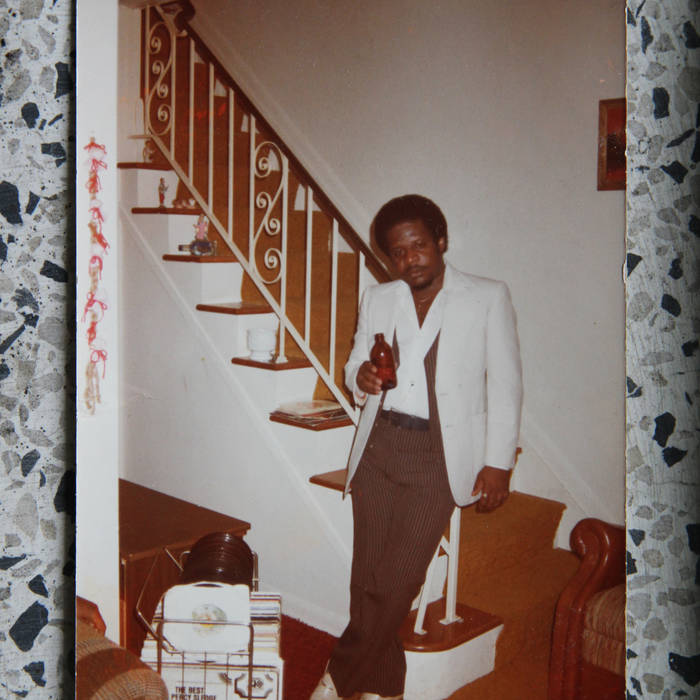 Andrew Jervis I waited 5 years for this label's 2nd release, thankfully it's as deadly as the 1st. Favorite track: Rebel.

“I WAS BORN TO BE A REBEL, AND NOONE CAN EVER CHANGE ME”

Rothadam’s mid 70’s releases are among the deepest and most sought after Reggae tunes ever to come out of Canada.Though only a few traces now remain, Toronto’s Bathurst Street was the hub for Black Canadians even before the advent of Reggae.
Royson James remembers the strip:


"The first time seeing snowflakes, tumbling like chicken feathers from the sky, in early October, and putting on my first winter shoes, slip-sliding down Bathurst, past Wong’s Restaurant with the best beef soup this side of Montego Bay, shuffling past Mascoll Beauty Supplies, Wisdom Barber, Joyce’s and the nascent retail strip, Bathurst subway station, then the beckoning magical bargains of Honest Ed’s"*

Barber shops huddled next to Jerk restaurants, Afro-centric newspapers, and of course a slew of Record shops-Theo’s, Tropical, Joe Chin, Musicland, and even The Record Nook run by recent expats Jackie Mittoo and Lord Tanamo.

Lovejoy Music Productions at 917 Bathurst was a record shop, label and studio run by musician and welder Sid Lovejoy. Lovejoy brought fellow welder Rothadam into the studio only once-a musical crucible that forged the unforgettable “Rebel” on his LMP imprint. (Side A)
Leroy Sibbles’ foundation shaking Bass and a cast of forgotten horns men combine with Rothadam’s soaring falsetto to create a slice of dark Roots perfection.

Rothadam reworked the track at Half Moon studios, for erratic Producer Oswald Creary, which was in turn passed on to Ron Lewis for release on his Ron Lew label. Rothadam was a fixture at the dingy basement studio on Weston Road which created some raucus yet sublime Roots recordings in the mid 70s.

Side B- “I was born to be a rebel” is a raw, intense Roots scorcher, a secret weapon known to kill Sounds across the planet.


Oddly neither 45 was released with a Dub version so we are left to imagine what might have been and to settle for a killer double sider.

After years of searching I found Rothadam (aka Errol Gayle) living nearby in North York.
While he has largely left the music behind, the music definitely hasn’t left him.

Rothadam spent his formative years in Trenchtown before moving to Toronto in the early 1970s following a wave of fellow immigrants and Reggae musicians.

Surrounded by music from an early age he was first a dancer performing in talent shows at Kingston’s Majestic Theatre and singing for his Uncle who was the first to recognize his talents:

I used to sing for my Uncle to get my show fare, to go and see the movies, so he saw something, you know, young little guy, don’t really know anything yet., but he said “Come back, come back next week and sing for me again” and so I keep doing it.

The young singer honed his craft, eventually landing a session with Bunny Lee, however nothing was ever released and so he followed his brothers up to Canada leaving the chaos of early 70’s Trenchtown behind:

That’s a bad area man, some guy, they just want to shoot people, some guy they want to sing you know….I leave from there and I come here..

Gayle soon established himself as a formidable singer in Toronto adopting the unusual monicker “Rothadam” performing live and recording a small handful of 45s for local Jamaican producers. Though hardly prolific, Rothadam always took his craft seriously.
…if I’m gonna do a show, I rehearse for two weeks, when it comes to the show business, i don’t play.

The “Rebel” message in Rothadam’s music is obvious but more than anything the song is a call for peace and unity reflecting on his life in Jamaica and the community he left behind:
…..because where I was living , It’s hard to don’t get involved. It wasn’t an easy thing to just live and just be happy…..
Hard life man, hard life, …most of my friends when they were doing things that aren’t right…Not me. So in other words, I was born to be a strong man.

Mixed by CGB at Dubplates and Mastering Berlin